About
About Ebee
Videos

Ebee is a confident dominate female with excellent environmental nerves. Super Rico Vergossen daughter and Sister to Elek, Pantera, Evro one of our best litters produced. Steady, with a good balanced character combined with perfect drives. Handles alot of pressure and very Hard in her work. We’ve been waiting for this combination for a very long time. Strong and serioius Guarding. Ebee is intense in her bite work, having a full steady and calm pushing grip. Ebee is shown in our videos below gripping a Hard sleeve at 15 weeks old. Ebee will be one of our foundation females of this new generation.

We are very excited to add this Outstanding Female to our future breeding program. 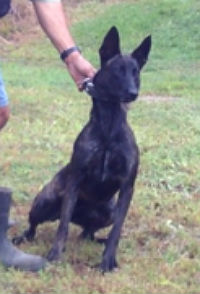 NALU, daughter of the 2010 KNPV CHAMPION, Rudie II Pegge, is a Super female with excellent working drives. Extremelly fast, agile in her obedience and Protection work. Crazy for the toy, with very strong retrieve and hunting drives. Nalu has a very serious guard with a full and calm grip. She has an excellent working KNPV pedigree and is out of the coveted Rudie II Pegge X Kira Kamphuis litter. The father, Rudie II Pegge 2010 KNPV Champion, 2nd place 2008 PH 1 ML (440 points) KNPV Dutch National Championships. Rudie II puppies are working very well in Holland already and showing a lot of natural aggression as well as insane prey drive.

The mother is Kira Kamphuis (see video of Kira below), a daughter from the very famous Jary Berghorst PH 1 Met Lof, Obj Met Lof, 2007 KNPV Object Guard Dutch National Competitor. Nalu has been an excellent producer for our kennels. Nalu is Linebred on Rambo Rossum 5-5,6, Pecco Pegge 5,4-, Jayder Lobsters -4,5 also in her pedigree you will see some of the greats as, Arras Derks, Marko Derks, Rudie Pegge, Remco and Marco Linders. View videos of her progeny from Brownie and under Rico Vergossen section of this website. 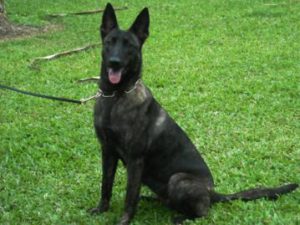 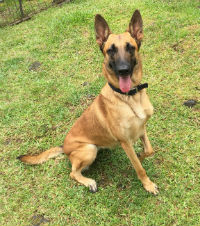 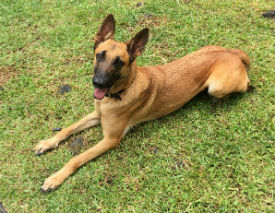 Genie,  littermate to Gypsy a Large Female  with substantial bone and head.  Genie a very confident female  showing Outstanding working drives in all phases of work.  Genie has an excellent KNPV pedigree and is line breed 4-4 on Duco II, loaded with many other Top Producing KNPV Working dogs Old and New. 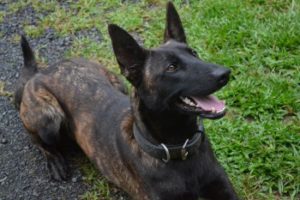 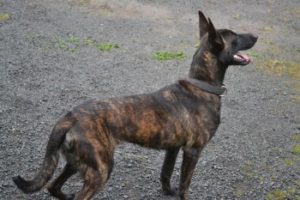 Gypsy, a Super Dutch Shepherd with substantial bone and head.  Gypsy has very solid nerves and showingOutstanding working drives in all phases of work.  Gypsy was already gripping the hard sleeve and upper arm sleeve at 8 weeks of age.  She is a very outgoing female and super confident in everything she does. Gypsy has an excellent KNPV pedigree and is line breed 4-4 on Duco II, loaded with many other Top Producing KNPV Working dogs Old and New.

Flora has a rich mahogany coloring with black mask. In terms of drive, she is complete in every aspect of the work. Her bite/patrol work, hunt drive, possession and desire to work are over the top. Her prey drive is very intense and extreme. She comes from top producers (new and old) to include Arno, Duco II, Arras Derks, Chico Willems, Rico 1 and Rudy Jensen. She is a daughter or Cooper Huijs PH I who is a well known Security (SWAT) dog in Holland today as well as producing very well. She has some of the most stable and complete nerve of any female I have seen. She is not your typical sport dog she is of Law Enforcement / Military quality in her level of sharpness and civil edge. She is easily manageable out of drive, however when the work begins, she is very intense and an experienced handler is a necessity. 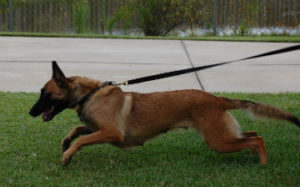 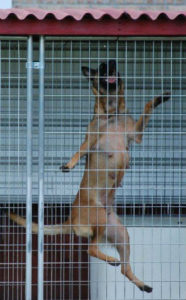 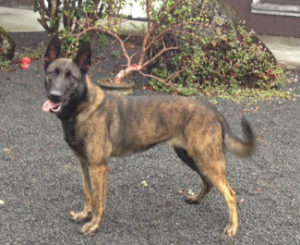 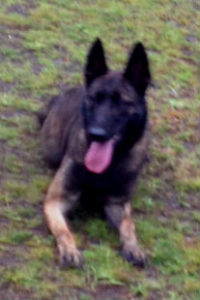 Brownie is everything we could have ever wanted out of a working dog.  Brownie’s pedigree is loaded with some of the best KNPV working dogs and producers of all time.  Genetically, she is all there.  Her physical drives and ability is extreme giving her the tools she needs to be an all around working dog.  See videos below of Brownie on Full Body suit at 8 months old.  Brownie has intense retrieve drive,  Explosive strikes, strong guards with full calm grips.

Brownie Pivot in Down w/Grip
Scroll to top
Translate »